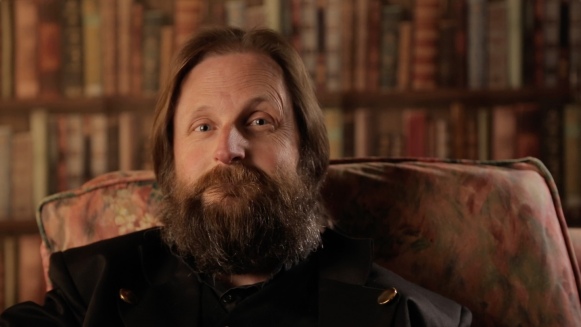 Dom Conlon launched onto the children’s poetry scene with Astro Poetica, illustrated by Jools Wilson, a collection of poems inspired by space and praised by Nicola Davies, Jon Culshaw, George Szirtes and many more. Since then he has been published in magazines and anthologies whilst performing and teaching in schools and libraries around the North West. He’s a regular guest on BBC Radio Lancashire where his poetry covers everything from the universe to grief. Dom’s work can be read here.

Here is one of Dom’s great poems:

Red Bike
.
Where is my red bike?
The rag bone man took it to sell for his supper.

Who bought its shine?
The rain took that to polish its tears .

Who bought its bell?
Time took that to mark out its years.

Who bought its tyres?
The wind took those to carry its clouds.

Who bought its seat?
The mountain took that to help the sky rest.

Who bought its chain?
The river took that to pull all its fish.Who bought its journeys?
I kept those for when you no longer visit.
.
.
© Dom Conlon
Click on the title of the post if you are on the home page to be taken to the post’s page where you will be able to comment! Thank you!