A.F. Harrold is a children’s author and children’s poet who writes and performs for both grown ups and children. He can often be found in school halls pointing at children and sharing his poems, and even more often in the bath, thinking them up… His latest wonderful poetry book is Midnight Feasts, illustrated by Katy Riddell, and  Things You Find in a Poet’s Beard, illustrated by Chris Riddell is in my favourite colour.  A. F.’s Website is here and Twitter here.

Come Hither, ed. Walter de la Mare (1923) – a delicious and delightful anthology (obviously somewhat dated now!), made superbly special by de la Mare’s glosses, essays and unrelated rambles in the notes which make up a full half of the book. 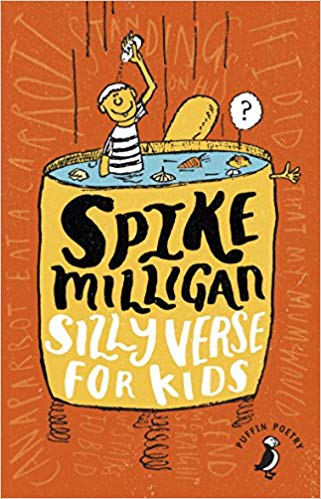 Silly Verse for Kids, Spike Milligan (1959) – one of the few books I still own from my own childhood. The most memorable nonsense and wordplay, enlivened by Milligan’s own drawings.

The Gloomster, Ludwig Bechstein (translated by Julia Donaldson), illustrated by Axel Scheffler – just one poem, and not a particularly long one, but a beautiful melancholy-funny one. Scheffler and Donaldson’s magic continues to work, even here, in 19th century German poetry. 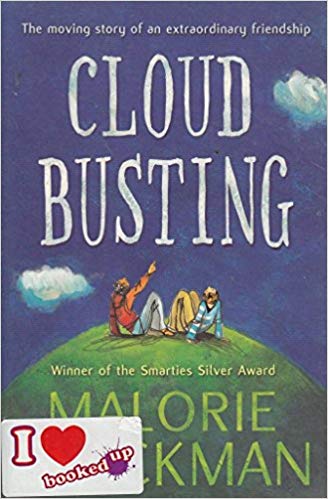 Cloud Busting, Malorie Blackman (2004), illustrated by Helen van Vliet – a verse novel that is moving, wise, not for aimed at older readers and actually made of poems for a reason. It’s about friends and being weird and loss and all the things books are about, and deserves to be read in one sitting.

If You Could See Laughter, Mandy Coe (2010) – a very fine poet, this, her first children’s collection, is full of poems firing off in all directions, sparky and lively and filled with a deft raft of poet’s-eye imagery. Good stuff.

Midnight Feasts, ed. A.F. Harrold (2019) – I put together this collection of poems all themed around food and drink because it was the sort of thing I wanted to read. I think it’s a good spread of delciousness.