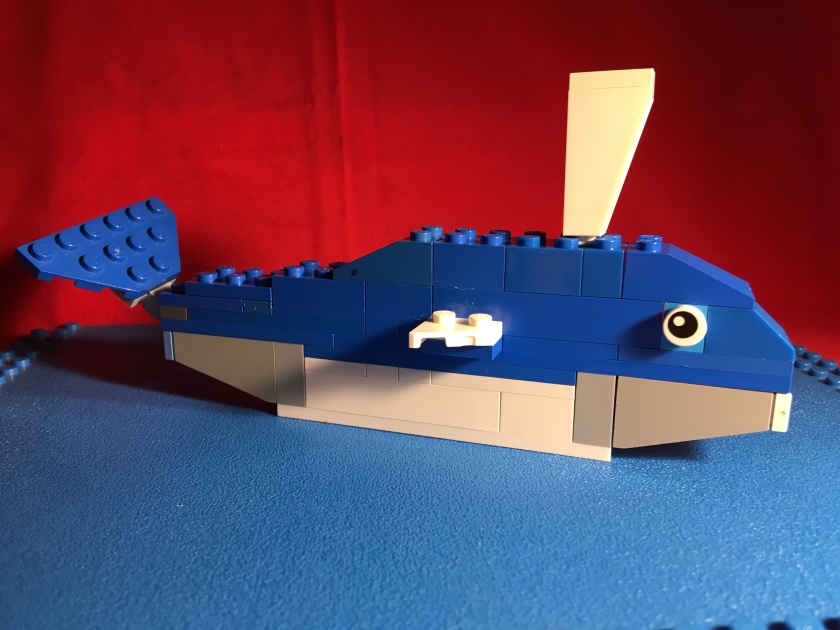 Here’s my Lego blue whale – please read the information after the poem about the danger they are in. Send me you Lego animal photo and maybe I’ll write a poem about it! Here is my blue whale poem:

Far out at sea

where waves clash and toss

and the wide sky holds

and the winds blow long,

this is where you hear

winding on and on,

the air’s too weak

to carry the sound

of the pulses and cries

in the water around,

the beat of its heart’s song

has oceans to cross,

under a wide sky

and only the lone whale

that swims wild and free

has a love song as large

as the wide green sea.

The Japanese Government has indicated that they are going to allow commercial killing of whales to start again. Many whales are still endangered, and all sea life is battling against plastic in the water.

Fabulous author, poet and animal lover Nicola Davies asks: “Calling all uk children and their teachers. Please send your best whale pictures and poems to The Japanese Embassy to protest against the decision to start hunting whales again”.