Laura Mucha worked as a face painter, studied flying trapeze, philosophy and psychology, and swam in Antarctica before becoming a lawyer. Now she spends most of her time playing with words. She is extraordinary fun to know and I can guarantee that in any room, you will always know where she is by the laughs. Laura’s poetry has been published in books, magazines and newspapers around the world, and she’s performed on BBC Radio, at festivals and in schools. In 2016, she won the Caterpillar Poetry Prize. Laura’s book about Love – Love Factually  is non-fiction, and her debut collection is due out next year. You can read and listen to some of Laura’s poetry here.

Heard It In The Playground by Allan Ahlberg.

I’ve been reading a lot of his picture books lately and wanted to check back in with his poetry so I re-read this collection. Child-centred, witty and technically brilliant. Boom.

Everything All At Once by Steven Camden.

I’ve been reflecting on what makes a good collection recently and have concluded that an original and authentic voice plays a huge role. Steve Camden has that totally nailed. This collection feels like he climbed into the minds of KS3 students and articulated their inner workings via poetry.

Plum by Tony Mitton. A classic. Read it.

Predictive spelling keeps changing his name to Charles Casually – and I wonder whether there’s some truth in that. His poems seem so effortless that it feels like they just popped out of him while he brushed his teeth or washed the dishes. I wonder whether he spoke at all times in perfect metre and rhyme.

A Kid in My Class by Rachel Rooney Rooney is a whizz with words and, as always, combines insight with technical rigour in her most recent collection. Combine her words with Chris Riddell’s illustrations and you have a stonkingly good book.

Where Zebras Go by Sue Hardy-Dawson I don’t understand how Hardy-Dawson’s brain works, but I love it. She creates sketches, doodles and sculpts with words and crafts poems I wish I could write.

The Same Inside: Poems about Empathy and Friendship by Roger Stevens, Liz Brownlee and Matt Goodfellow.

Brilliant poems looking at important themes written by exceptional poets. What’s not to like?

Dear Ugly Sisters by Laura Mucha I’ve read this about 1,526,927 times now and I’m sick of it. It comes out next year but I never want to read it again. Please don’t make me. 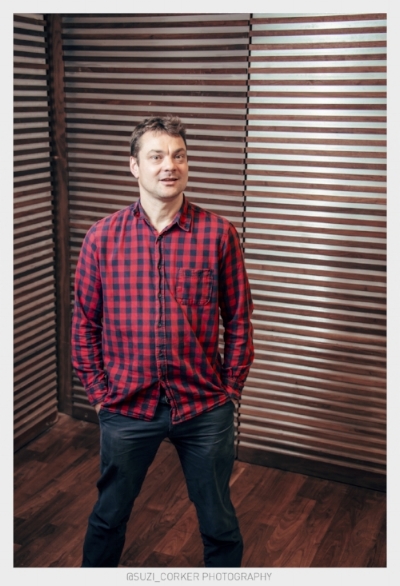 Justin Coe is not only a lovely chap, he is a poet, writer and spoken word theatre creator, specialising in work for young audiences. He has taken his act all over the world, including to a sitting room made entirely out of newspaper. He’s the author of  The Dictionary of Dads illustrated by Steve Wells (Otter-Barry Books, published May 2017).

Daft as a Doughnut by Adrian Mitchell (Orchard Books). I fell in love with Adrian Mitchell when I read his poem “Most people ignore most poetry because most poetry ignores most people”.  His children’s poetry is full of gentleness and joy. I often take this book on my travels to schools, sometimes I just need to wrap my hands around a piece of Adrian Mitchell’s heart!

Love That Dog by Sharon Creech (Bloomsbury).  A story about a boy who is initially confused by poetry, but when he begins to write about his relationship with his dog, he discovers a whole new way of expressing his feelings.  This book introduced me to verse novels, but to be honest I don’t think I’ve ever read one as simple and as satisfying as this.

On My Way to School I Saw A Dinosaur by Roger Stevens (A&C Black). This is a funny and poignant book of poems aimed at young readers, loosely following a child through their year at school in Frog Class. I’m a big fan of Roger Stevens’ work for children.

I like This Poem edited by Kaye Webb (Puffin). Not being a prolific reader as a child, I was quietly devastated to receive this poetry anthology as a Christmas present. I would much rather my Aunty had given me a fun pack of Curly Wurlys. However, even then I found something to enjoy… in particular “From a Railway Carriage” by Robert Louis Stevenson. 40 years later, I still own this book, so it’s certainly lasted longer than the chocolate would have.  (Today’s Aunties take note though, for the contemporary “Justin”, how about I Don’t Like Poetry by Joshua Seigal instead?)

A Kid in my Class by Rachel Rooney (Otter-Barry) My daughter is 11 and, like me at her age, not a great fan of reading. But when I introduced her to Kid in My Class, she loved it. With a poem for every member of the class (including the hamster), this is an easy to grasp concept that will encourage more children to the world of poetry. I get the same thrill reading Rachel Rooney as I do when I listen to Suzanne Vega’s songs, both have a pinpoint poetic precision I really admire.

For the adult book – A Lover Sings, Selected Lyrics, Billy Bragg. (Faber and Faber). Performers like Attila The Stockbroker, Benjamin Zephaniah and John Hegley re-ignited my passion for poetry that had very nearly died an analysing death in the classroom. But, before I discovered these guys, there was Billy Bragg. These days, I enjoy all sorts of poems. but no words have had a bigger impact on me than those of the Bard of Barking.

I had already been performing for twenty years before The Dictionary of Dads (Otter-Barry ) an A – Z of different Dad characters, was published, so I’m delighted it’s now on its second print and doing well. I’m looking forward to the seeing the sequel The Magic of Mums which is out in February next year.

RacheI Rooney’s poetry collection The Language of Cat, latest edition illustrated by Ellie Jenkins, won the CLPE Poetry Award and was long-listed for the Carnegie Medal. Her second collection My Life as a Goldfish, Illustrated by Ellie Jenkins, was shortlisted for the CLiPPA 2015. Her forthcoming book A Kid in My Class, illustrated by Chris Riddell will be published by Otter-Barry Books in 2018. She visits schools for workshops with pupils and has performed her work at festivals and for The Children’s Bookshow. She was Chair of Judges for the CLiPPA 2017 and the Betjeman Poetry Prize. Her website is here.

Here is one of her wonderful poems:

Who cast the P from a spell

sold it for profit as sell,

then kept what was left

in a locked letter chest?

And who sucked the O from a hoop,

hopped off with that loop

which she balanced for fun

on the tip of her tongue?

Who stole the E from a cheat

in the street when they met for a chat,

slipped her hand in a bag

and made off with the swag?

Then who plucked the T from a thorn,

carved an ivory pen out of horn

and dipped it in ink…

Well, who do you think did that?

© Rachel Rooney (From The Language of Cat, Francis Lincoln Books)

If you have a favourite children’s poem or poem accessible to children, Tweet it to @kidspoetsummit or @lizpoet please for #WorldBookDay!

Here is Rachel Rooney reading her poem, Russian Doll, which appears in her book The Language of Cat, Otter-Barry Books.