It’s getting closer to the date when Coral Rumble‘s new book, Riding a Lion (Troika) will be out; it will be excellent, and you can pre-order it here.

On International Poetry Day I produced a video of films about animals for a school – here’s one of the poems from that!

I thought it was time for another poetry performance – this is the wonderful Jan Dean (with whom I wrote Reaching the Stars, Poems About Extraordinary Women and Girls, along with Michaela Morgan).

As part of the Bristol Poetry Festival one year I was asked to provide a poetry exhibition for young people. This expanded with the aid of an Arts Council Grant I applied for into a family exhibition. I decided it would be great to include all my poetry friends who had met recently and produced a poetry book. Poems and illustrations by the poets from that book were enlarged and exhibited on the walls.

I also wanted to include shape poems and so we also wrote, found and shaped other poems, and this was a great success.

Hanging from the ceiling on mobiles were reversible poems – they could be read upwards and downwards.

My husband (a film editor in his work-life) and I interviewed, chose and directed children from ITV Television Workshop to learn and read poems written by the poets, and these performances were intercut with poetry films we had made of all of us at various meetings. These were shown on two screens with headphones, one for older children and adults and one for younger children.

There was a two-sided giant jigsaw puzzle which everyone had fun doing and then reading – we even had timed races to see who could build it quickest.

The best thing was the giant magnetic poetry, on three giant magnetic boards set at different heights. This nearly finished me off – making it was very time consuming, but it still survives and it’s a wonderful prompt for poetry writing. No-one could resist picking up the pieces and playing with the words – which is what poetry is, basically.

It was so easy to find a poem on the boards from a little play and it encouraged expansion of the original words into many, many poems written on the tables, illustrated sometimes, and hung on the poet-tree. Our youngest poet was three and our oldest – well, very old. She was excited to learn that poetry did not have to be about ‘special subjects’ but could be about anything, and set off home to write more. Even if it was just that one lady, it was  worthwhile endeavour… but it was a whole lot more than that.

If anyone wants to employ us with this exhibition any time, let us know! The 250 feedback forms were wonderful, full of praise and delight, and the only lament was that perhaps there would never be another.

Lovely Laura Mucha has made this wonderful film – do share it everywhere! Go to the film on YouTube and click on the share button to copy the link. Children all over the world saying thank you to key workers – poem by Laura.

Today was Gerard Benson’s birthday and as usual I am posting a couple of films of him reading his poems – not that I ever saw him reading a poem, he knew them all off by heart, and hundreds of other poems besides! Gerard was a wonderful poet, a great friend, a lovely man. One of these is funny – and today’s funny poem is the next post down!  This is my favourite:

And here is a funny one…

Here is a spread, one of Sue’s poems, shaped by Sue, in the award-winning Apes to Zebras, an A-Z of Shape Poems, Bloomsbury, available here and here. 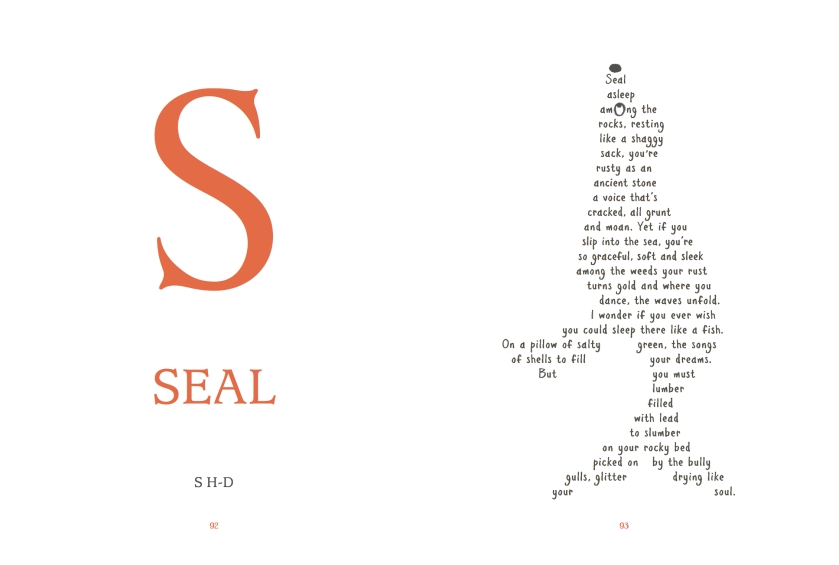 Here are some of the illustrations from the award-winning book: 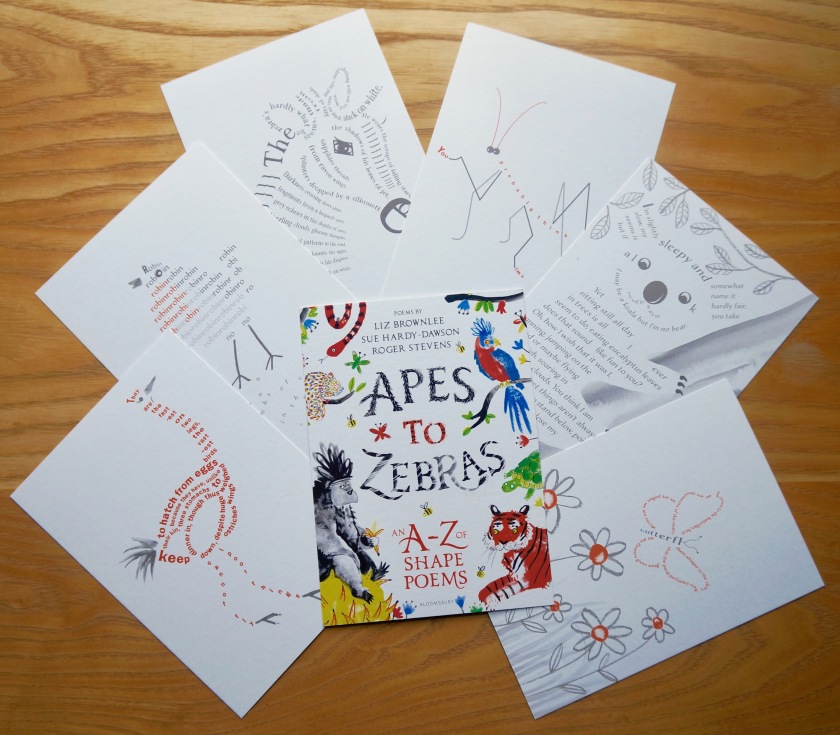 Apes to Zebras can be purchased here and here.

This was recorded for National Poetry Day 2015, and fits the theme ‘Change’ brilliantly. Here is one of the Twilight keepers reading Matt Goodfellow’s Poem, I wasn’t Me Tonight.

A poem on the subject of ‘Change’ in the run-up to National Poetry Day, October 4th. This poem appears in my book Animal Magic, pub. IRON Press.

National Poetry Day this year is on 4th October.

John Dougherty is the brilliant writer of around 30 books for children. His first poetry collection is Dinosaurs & Dinner-Ladies, illustrated by Tom Morgan-Jones. John’s website is here.

Here is the hilarious Joshua Seigal with his poem Let’s Play from his book Little Lemur Laughing. His latest book, I Bet I can Make you Laugh, is out now. Read more about Joshua here.

Roger Stevens’ bio on this site, including one of his poems, is here.